Karla Camila Cabello Estrabao, better known as Camila Cabello, is a Cuban-born American singer and songwriter. She rose to fame as a member of the girl group Fifth Harmony, Cabello and her bandmates released one EP and two studio albums, Reflection (2015) and 7/27 (2016).

Cabello began to establish herself as a solo artist with the release of several collaborations, including "Bad Things" with Machine Gun Kelly, which reached No. 4 on the US Billboard Hot 100. After leaving Fifth Harmony in December 2016, she released two studio albums: Camila (2018) and Romance (2019), that debuted at number 1 and number 3 on the Billboard 200, respectively. She also has two Billboard Hot 100 topper: "Havana" and "Señorita", which also are ones of the most streamed songs by lead female artist on Spotify. 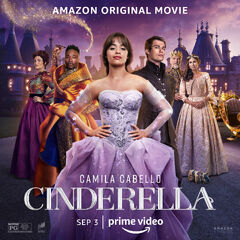 Cinderella" is an upcoming American musical romantic comedy film written and directed by Kay Cannon, based on the fairy tale of the same name.

The film will star Camila Cabello as Cinderella, along with Nicholas Galitzine as Eric, Billy Porter as the Fab G, Idina Menzel as Cinderella's stepmother Vivian, and more.

Go to these sites for info or for help with your own wiki!

Want your community included? See how!